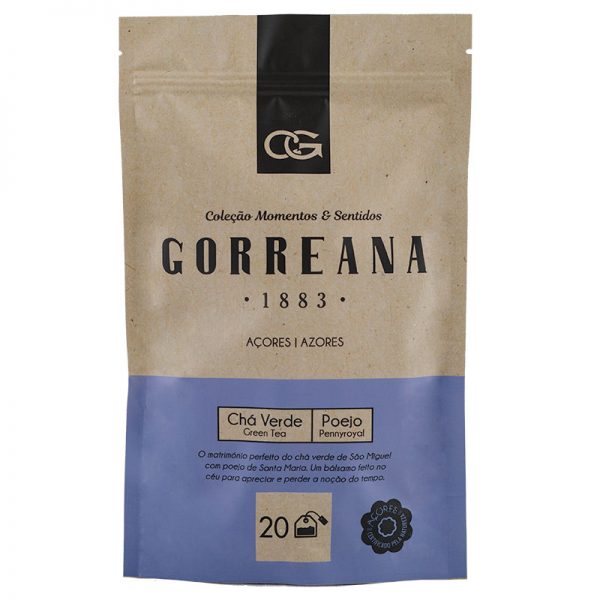 Out of Stock
Out of stock

? 100% organic tea since the plantation soil is exclusively fertilized with vegetable manure.

? The oldest, and currently, the only, tea plantation in Europe recognized internationally as a “world class” tea.

This miraculous plant has an intense aroma and its combination with Gorreana´s green tea results in a very fresh and regenerating drink that has earned from its consumers the most emphatic compliments that has materialized in the increasing demand for this unusual product not only for its peculiar taste but also for its multiple health and well-being benefits.

On the island of São Miguel, in the archipelago of the Azores, in reality, the most knowledgeable people have been mixing these two plants for a long time. However, the product had never before been marketed. In 2020 Gorreana decided to launch this product which immediately gained public acceptance.

Pick up at the Our Store today

Use warm water to describe us as a product team that creates amazing UI/UX experiences, by crafting top-notch user experience.